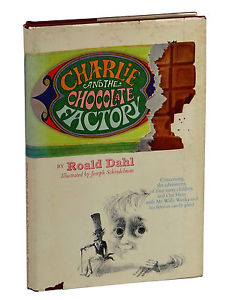 First edition of Charlie and the Chocolate Factory

Last week Roald Dahl’s widow, Felicity Dahl, revealed in a BBC interview that Charlie from Charlie and the Chocolate Factory was originally a black character.

“It was his agent who thought it was a bad idea when the book was first published to have a black hero,” Mr. Sturrock said. “She said people would ask why.”

Do I even need to get into the problems with lack of diversity in publishing?

The New York Times offers more details about the BBC interview in this article.

Theme by Anders Noren — Up ↑